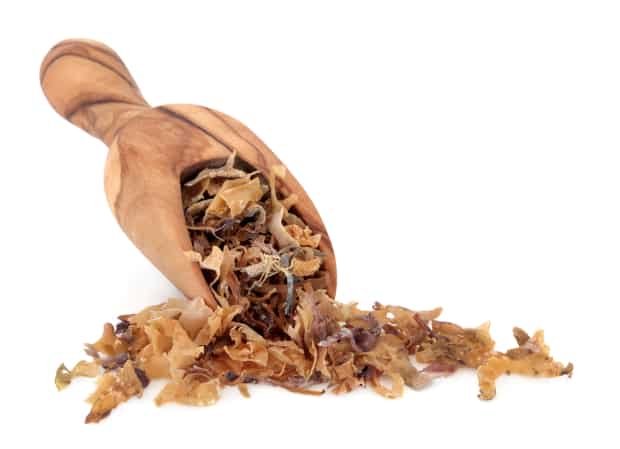 I grew up in the Caribbean, so I am pretty familiar with sea moss (Irish moss). It is usually used to make a drink; however, it never occurred to me to add it to my smoothies. Below you will find a variety of sea moss smoothie recipes that include ingredients such as strawberries, soursop, pineapples, apples, blackberry, bananas, watermelon, and raspberry.

What Is Sea Moss and What Are the Nutritional Benefits?

Sea moss, more commonly known as Irish moss, is a type of algae or seaweed; don’t be confused by the name.

This seaweed is usually found on the coast of the Atlantic ocean. Sea moss (Irish moss) is made of a jelly-like substance known as carrageenan. Carrageenan can be used as a substitute for gelatin.

You can be forgiven for assuming Irish moss is green; however, it comes in various colors, such as red, yellow, brown, and black. You will more than likely see the red color referred to as Irish or sea moss.

Irish moss is reputed to have several nutritional benefits. Since it is seaweed, it contains iodine. It also contains other nutrients such as protein, fiber, calcium, iron, magnesium, phosphorous, potassium, and zinc.

How To Make a Sea Moss Smoothie

The first thing you need to do is prepare the sea moss for consumption.  We have listed a step-by-step method below:

1)  Rinse the moss.  Inspect it for debris and any other defects.

2) When the sea moss is clean, place it in a bowl with spring water.

4)  The sea moss should be soft, look translucent, and double in size. Drain and rinse one more time.

5) Place the prepared sea moss in a blender with spring water and blend until smooth.

6)  Place the mixture in an airtight container and refrigerate.

This smoothie utilizes soursop. This fruit is also known as guanabana or graviola. I grew up in the Caribbean, and this fruit is one of my favorites.

It might not be readily available in the US, but it might be able in Caribbean or Spanish stores. This fruit has a creamy white texture and tastes like strawberries or pineapples.

This smoothie adds some ginger and cinnamon to spice up your smoothie. If you need a sweetener, add some honey.

This fruit is hands down one of my favorite fruits for smoothies. It’s tough for a smoothie to taste bad with the addition of strawberries! Instead of using water or almond milk for the liquid base, this smoothie uses orange juice. The addition of oats provides some extra fiber.

Pineapples are a great addition to smoothies. They are a natural sweetener, delicious, and a great source of vitamin c and manganese. This recipe has several spices, such as turmeric, cardamom, and cinnamon. The addition of hemp seeds gives it an additional nutritional boost.

This raw cacao smoothie is a healthy version of a chocolate milkshake. This smoothie recipe has raw cacao, almond milk, and dates. The addition of cinnamon and nutmeg adds a little zing to this recipe.

This sea moss recipe is straightforward. It only has five ingredients. This recipe is quick and easy to prepare with only five ingredients and is a great breakfast option. The apples and oranges give this smoothie a naturally sweet taste.

This smoothie has various healthy ingredients, making it perfect for a breakfast smoothie. This recipe has bananas, cinnamon, nutmeg, cardamom, peppercorns, and vanilla. Adding hemp seeds provides an extra nutritional boost. I can’t think of a better way to start the day.

This is another easy and simple recipe with only four ingredients: watermelon juice, sea moss, mint, and lime. You can’t get a more straightforward and refreshing recipe than this one.

I love adding seeds to my smoothies.  This smoothie utilizes flaxseeds, sunflower seeds, and pumpkin seeds.  This sea moss recipe reminds me of a spicy banana punch, the only difference is it is a healthy version.  Instead of milk, they use almond milk and it is flavored with vanilla, nutmeg, and cinnamon.

One of the main reasons I drink smoothies is it is such an easy way to get all your nutrients in one gulp! I love this healthy chocolate treat mainly because it has many amazing nutrient-rich ingredients. It contains cucumbers rich in silica; avocados with healthy fats; flax seeds with omega-3 fatty acids; and cacao rich in antioxidants. This smoothie recipe has it all and is an excellent option if you are looking for breakfast smoothies.

This sea moss smoothie is basically a tropical fruit punch. This smoothie uses two of my favorite fruits, mangoes and pineapples. Adding ginger gives this smoothie an extra kick.

The highlights of this smoothie are the sea moss and the bladderwrack. We all know about sea moss, but what in the world is bladderwrack? Well, let me fill you in; bladderwrack is a brown seaweed growing along the Pacific, Atlantic, and Baltic seas. This smoothie also includes frozen berries, plant-based milk, and frozen bananas.

This sea moss smoothie is easy to prepare with only four ingredients, apple juice, sea moss gel, fresh ginger, cloves, and ice cubes. It’s simple, isn’t it? This recipe is an excellent mid-day snack when you need a quick pick-me-up from a mid-afternoon slump.

This blackberry smash smoothie is an excellent way to start your health journey. This smoothie has a healthy dose of blackberries combined with coconut milk, coconut water, and lime. 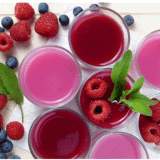 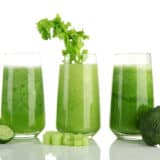 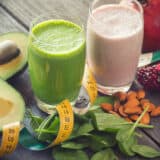 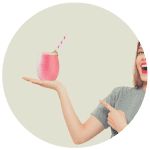 Hi, I am Charms, a self-confessed smoothie fanatic!  Here I will share some of my favorite smoothie recipes, tips and guides and gear reviews.   Learn more .

BACK TO TOP
LuvMeKitchen.com is a participant in the Amazon Services LLC Associates Program.  As an Amazon Associate I earn from qualifying purchases.